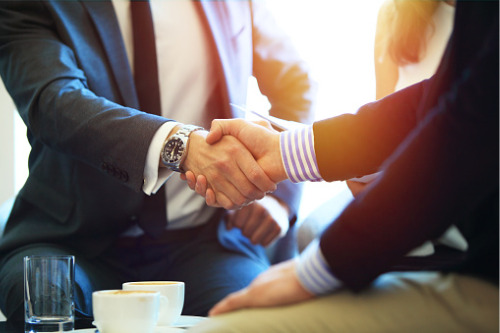 As a former CEO of UnitedHealth Group’s Optum unit and president of UnitedHealth, Witty is no stranger to the organization. From April 2020 to December 2020, he has been on an unpaid leave of absence from the company to serve as a global envoy for the World Health Organization’s COVID-19 efforts. He also served as an advisor to the UK Government Vaccine Taskforce. Before joining the insurance industry, Witty was CEO and a director of the pharmaceutical manufacturer GlaxoSmithKline plc (GSK) from 2008 to 2017.

“As we have come to know firsthand during his time at UnitedHealth Group, Andrew Witty combines an extraordinary breadth and depth of health care experience, sophisticated strategic thinking and outstanding leadership development skills, making him uniquely well-positioned to help the company take the next steps on its steady path to grow and deliver for its shareholders and the customers and people we are privileged to serve,” said Stephen J. Hemsley, chairman of the UnitedHealth Group Board of Directors.

McMahon has served as CEO of UnitedHealthcare since June 2019. Before that, he held multiple leadership positions in the organization, including president and chief operating officer of Optum, CEO of OptumRx, having oversight of UnitedHealth Group’s pharmacy benefit management programs, and other management positions in information technology, operations and finance. Prior to joining UnitedHealth Group, he was head of airport operations worldwide for Northwest Airlines.

Rex has held the CFO position since June 2016. He joined the company as executive vice president and CFO of Optum in 2012. Before that, he was an equity research analyst, consultant and certified public accountant across several healthcare sectors.

Commenting on his appointment, Witty said: “I’m deeply honored to help guide one of the most consequential organizations in health care, where our responsibility is to execute flawlessly and deliver on our potential each day. Together with my partners Dirk McMahon and John Rex, we have the right strategy, and tremendous people and capabilities throughout the organization to continue strengthening our efforts to improve the health system for everyone. Dave Wichmann is leaving a powerful legacy of service to others and commitment to innovation for us to build on.

“Dirk’s unparalleled operational track record is grounded in his deep engagement with and understanding of the people of the organization and the needs of customers and consumers, and I am grateful he will be helping drive the enterprise forward.  In John Rex we have an industry-leading executive with a demonstrated track record in strategy, business development and finance whose acumen will help guide the continued, sustainable growth of our company. I’m eager to partner with John and Dirk and our 330,000 colleagues throughout the company to advance the health of those we serve.”

Retiring CEO Wichmann joined UnitedHealth Group in 1998 and became its CEO in September 2017. He served as CFO from 2011 until mid-2016 when he became president. He had previously led UnitedHealthcare and UnitedHealth Group’s enterprise-wide operations and technology efforts, along with external development, M&A and integration activities at the company.

“Dave is an outstanding leader, and the board and I are deeply appreciative of his contributions to the company’s continued success,” said Hemsley. “As CEO, Dave helped build an unmatched set of distinctive capabilities, market positions and capacities that will continue to contribute to a high-performing and more equitable health system for everyone. Dave’s restless spirit, growth mindset and determination for UnitedHealth Group to lead in the development of the next-generation health system in a socially conscious way will serve as a model of servant leadership for years to come.”

It’s On: Florida Special Session on Insurance Slated for Dec. 12-16