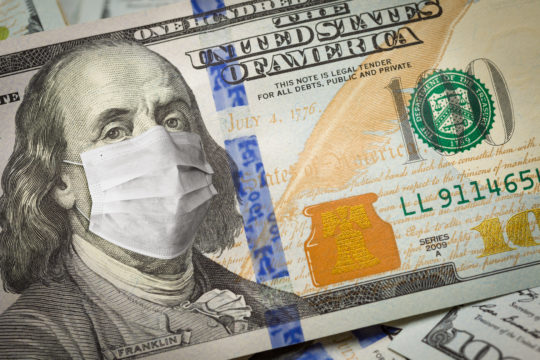 While a terrible year in many respects, 2020 featured some remarkable news in the insurance technology space, featuring IPOs and huge investments to both traditional system vendors and InsurTech distributors. The year hasn’t been uniformly good for InsurTechs and particularly the smaller providers, as IIR correspondent Stephen Applebaum noted in a contributed article in August of this year. However, the pandemic forced insurers to think about the need to be able to operate virtually, and it also made the case for digital progress more urgently. In this exchange, IIR had the pleasure of another conversation with Joel Albarella, SVP and head of New York Life Ventures, this time about how the pandemic affected the industry from an InsurTech investor’s perspective.

Insurance Innovation Reporter: How has the pandemic affected venture capital? How has it made firms revisit their strategies, and what does that mean for the InsurTech movement? Joel Albarella, SVP, New York Life Ventures: It’s the reality for venture capital and for the broader public markets as well. What’s happened during the pandemic is that there have been winners among public technology companies that are enabling all things digital.  You feel apologetic saying that because, obviously, this has been massively disruptive year for many—for example unemployment reached levels that we haven’t seen for very long time, and the number of cases and deaths has been horrific. So, you need to preface any response with an acknowledgement of how much pain and suffering this has caused and for individuals and families.  I’ll certainly share that same caveat, especially because New York Life is a company that’s so focused on humanity it’s a core element of the way we approach things.

Acknowledging that human element, I can answer specifically from a VC perspective. I think in the early days you had a swift focus inward by VC firms. They took a kind of triage approach to try to understand their underlying portfolios try to evaluate the strength of portfolios at the startup level. They reviewed their cash positions, stress tests and revenues ultimately trying to calculate cash runways. We even saw some of our portfolio preemptively cutting costs to try to extend runway. The worry was that that the downturn would persist to the point of where it became a capital crisis, where startups would have trouble raising subsequent rounds of capital. It became a matter of VC firms asking which ones will survive and which ones won’t.

That was a focus early on in the pandemic. There were some considerations early on also on the ability to make an investment decision without a face-to-face engagement. Ventures are very, very people-oriented. Obviously there’s major risk related to execution, and an leadership is a very important mitigating factor. You have to ask if you think the founders are going to be able to win at the end, and you wonder whether you can make that assessment without meeting face-to-face. Early on, we saw a significant dip in in venture capital activity.

Fast forward to where we are today and we see some longer-term characteristics. Again, you’re sort of embarrassed to talk about the positive during this dreadful time, but I’ll mention three things that I think give venture capital a lot of buoyancy in this investing environment.

One is that there’s lot of “dry powder”—VC funds have no issue raising capital, and that has persisted even throughout the crisis. There’s been plenty of demand on the capital side for the venture space and that has continued to increase. So, investors have capital to make investments.

That’s the demand side of the equation: they’re well-funded. The next point I’ll make would be the supply side. The rate of innovation can be countercyclical and there are some exciting trends and tailwinds here around technology broadly.  We received even more of a tailwind given the forced sequestration aspects of this crisis as well as all things e-commerce-related becoming such a such a key focus.

The last thing is that we’ve pretty much all been able to transition relatively seamlessly to 100 percent virtual from a VC perspective. I think folks began to realize that many of the initial meetings were already taking place virtually. So I think that initial concern about the need for face-to-face meetings didn’t really play out to be as big of a deal.

IIR: How are the startups themselves are reacting to the pandemic? What difficulties has it raised for them, from where you stand?

JA: I think on the startup side there was a similar approach early on—there was a high level of uncertainty as to where the world was going, and startups were trying to operate in a similar triage-like environment. I think there were a lot of OK existential questions about “How can we extend our runway?,” etc.  I think the lack of face-to-face made it difficult for them to make their case to investors.

And, again, from an investor perspective, if you’re investing at the seed stage you have very little very little quantitative data with which to make a decision—it’s not like they have any revenue or anything really to sort of hang your hat on. It’s all about backing the team, and you’re writing very small checks. During the later stages you’re writing much larger checks but you’ve got a lot more lot more to work on—there might be audited financials already; there may already be significant revenue. You understand their business model—how they’re making money—and they’re just in the process of scaling. It’s relatively easy to manage that stage remotely. In between the early and later stages, that’s where you’re writing a very larger check relative to the lack of detailed data that you have with which to make your decision. But even there, we’ve seen plenty of firms that not had too much issue raising A rounds. So, again it’s been relatively benign kind of speed bump for fund raising.

As far as sales cycles startups are facing, I think it depends. Large organizations are going through their own internal review—they’re looking at their own sales numbers and dealing with challenges related to the health and wellness of their employees. They’re dealing with their own challenges of having their staff work remotely. So, if you’re selling into a large enterprise as a startup,  it’s harder when those enterprises are operating with a high degree of distraction caused by trying to manage through the crisis themselves. There are exceptions when it comes to technologies that are going to accelerate digital and cloud migration. Also, collaboration software, which has been a hot topic here over the last few months. In short, it feels like there have simultaneously been sales cycles extending for certain technologies and shortening for others.

IIR: How has New York Life Ventures weathered the environment caused by the pandemic? Did your focus on technology give you an advantage?

JA: I think we deserve to toot our horn a little. We embraced this concept of “LifeTech” a while back. At a high level, it represents our singular focus on the opportunity at the intersection of technology and life insurance. We define that very broadly to encapsulate front-, middle- and back-office technologies. That’s served us really well right because it’s been more of a philosophy about the whole industry being better enabled. It’s an idea of the tide lifting all boats, and with that sort of a mindset it becomes a lot less about specific disruption.  It’s more about a broader enablement which will be inherently digital.

That was always our sort of philosophy, so, we were already thinking about a lot of these trends that have become front-and center for our industry today. We had a really good pipeline of startups such that we were able to just continue to almost in a business-as-usual way just continue to introduce things into our organization at a steady rate. An important metric for us is a is at what rate are we driving testing of new technologies. An important part of our model is bringing startups into our business connecting with our business leaders internally and trying to get and help facilitate testing and learning. We measure that in terms of proof-of-concept [POC] testing, and during 2020, we actually accelerated our rate of testing new technologies. We’re tracking towards about 26 POCs for the year. Historically, we’ve had a rate of a POC about every two-and-a-half weeks. We’ve accelerated to closer to one every two weeks.

We’ve seen increased demand around a lot of the trends that that we were already focused on. However, one exception would be remote collaboration and communication, which we weren’t as engaged with. These are certainly critical right now with everybody kind of enforced sequestration sort of environment. So now we’re looking at things in the realm of the technology of community—how are you going leverage technology to recreate some of that culture and community that you get from sort of being in the same location?  We’ve been thinking about what you might call the disruption of place: there’s a relationship to the employer but also to a certain geography.

IIR: How do you think the pandemic might impact New York Life Ventures’ agenda—and that of other investors— over the longer term?

JA: It’s going to be  very interesting frankly to see how this evolves and what sort of “new normal” will looks like in the wake of the pandemic. It will be interesting to see what gets back to what it was pre-pandemic and what things will remain. I can speak for myself here there’s plenty of things that I’m going to do on a Zoom call from now on. I think there will be plenty of examples of things that we learned make more sense because they’re much more efficient. I do expect there to be more flexibility in modes of modes of communication. I think it’s a massive opportunity to think more or loosely about where people work, especially if you can figure out a way to make sure you have a good, transparent understanding of productivity and what you’re trying to solve for. I also think there’s a huge benefit to having a culture that gets created around the location, so I think we’ll see more of a hybrid between office and remote work.

We’re looking at this macro trend and keeping an eye on tools for measuring performance and productivity remotely.  However, the core areas on our agenda have been and continue to be around smart enterprise, enterprise technology to drive digital enablement for an organization, enabling our front, middle and back office to increase their speed to insight. As you can imagine there’s a considerable focus on data and analytics. We regard that as huge opportunity for industry, and we think about that agenda sequentially as well. First you’ve got to get the data organized right, and secondly, you need to make sure that you’re really understanding with a very transparent lens who your analytics are informing decisions, and in turn how those decisions are going to affect your products and your customers. Platform from the Start: Q&A with Alec Miloslavsky, CEO, EIS