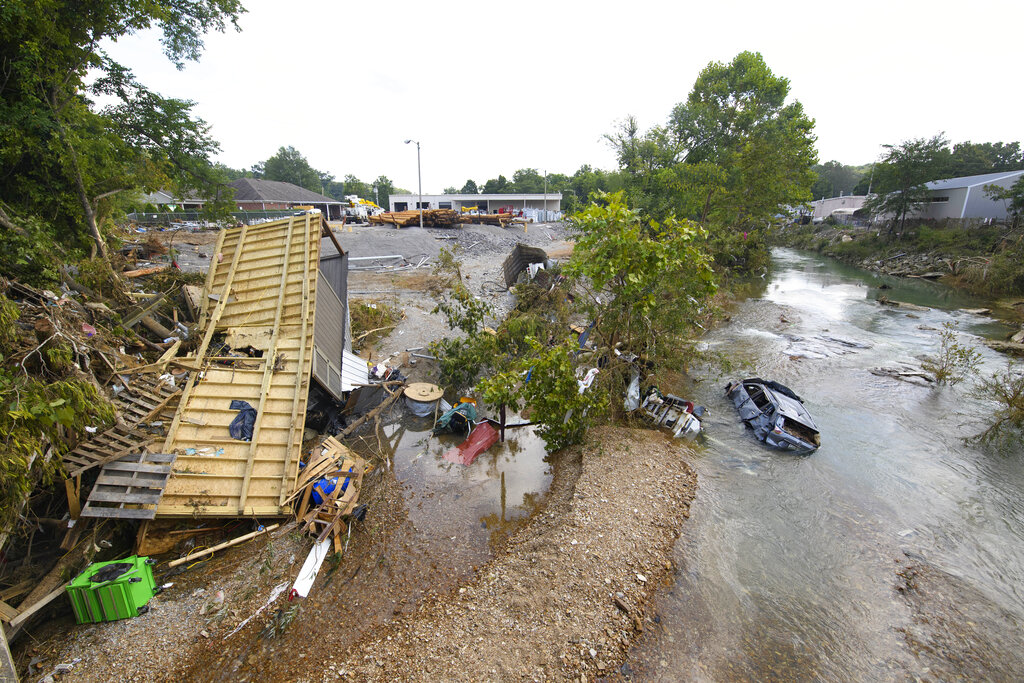 Extreme rainfall events, and the dangerous floods that follow them, are happening more often in Tennessee. This risk grows as the climate warms.

To respond to this risk, climate scientists, engineers and emergency mangers rely on environmental data — data that is scarce in Tennessee. For instance, the state largely lacks, outside of rivers near urban centers, flood sensors.

“Rural areas is where we don’t have any eyes on the ground,” said Alfred Kalyanapu, an engineering professor at Tennessee Technological University.

The problem is similar to Tennessee’s absence of a mesonet, a system of sensors that track environmental conditions like soil moisture and barometric pressure in real time. At least 35 states now have mesonets, which scientists say improve extreme weather forecasts.

In 2017, Kalyanapu decided to look into flood-specific sensors, which can compliment mesonet data. He worked with students to create a low-cost solution to what he discovered is a significant infrastructure scarcity, which is often ascribed by state leaders as a funding challenge. He gathered initial support for the project through a U.S. Geological Survey grant.

His team built ultrasonic devices that sit vertically above a body of water. Each device sends soundwaves down at a 42 kilohertz frequency and records how long it takes for the echo of the sound to reflect back. This provides an accurate measurement between the sensor and the water, and it can be recorded in 15-minute intervals.

If the data points start rising, there’s probably a flood. Most of the time, these graphs will appear boring.

But the data can help us better respond to and prepare for inevitable disasters, Kalyanapu said. It can cut down the time between official warnings and danger, allow scientists to recreate a flood event in models, and help emergency managers understand the risks.

“You cannot just blindly say, `Hey, I have a sixth sense that tells me that’s going to flood,’ ” Kalyanapu said. “You need data to inform your decisions.”

These flood sensors cost about $500, Kalyanapu said, whereas a commercial equivalent usually costs about $20,000. To test their accuracy, Kalyanapu placed one of his sensors next to an official USGS gauge.

Any community can reach out to the university to request a sensor. The town of Waverly, which experienced Tennessee’s second-deadliest flood event to date, had two installed.

Photo: Communities like Waverly, Tennessee, shown here after the August 2021 flooding, could get better warnings of rising waters with sensors developed by a professor at Tennessee Tech University. (AP Photo/John Amis)