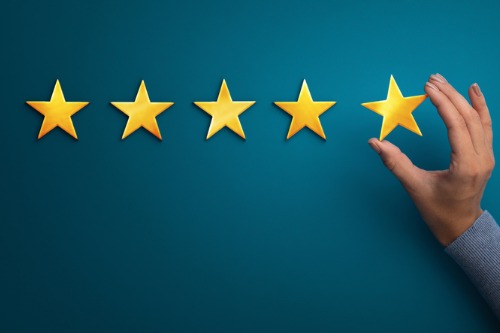 On the flipside, customers felt the most satisfaction over the quality and reliability of their insurer’s mobile app, with both benchmarks yielding a satisfaction level of 83%. This was followed by website satisfaction at 82%, then call center satisfaction, the courtesy and helpfulness of agents, and the variety of coverage options each at 80%.

Among the companies included in the study, customers scored State Farm the highest at 80%, a slight 1% improvement from 2021. Both American Family and Liberty Mutual scored 79%, which was 3% above last year’s marks, while the lowest rating went to Farmers at 75% satisfaction.

The report also compared customer satisfaction benchmarks by industry. P&C insurance tied with life insurance at 78, sharing the spot with several other industries such as banks, computer software, financial advisors, and online investment.

ACSI survey respondents were interviewed between October 2021 and September 2022 via email. Respondents were asked to share their “recent experience” with the products and services provided by “the largest firms in terms of market share, plus an aggregate category consisting of ‘all other’—and thus smaller—companies in each industry,” the report said.

In October, a separate survey by J.D. Power found that independent insurance agents felt strong satisfaction with their carriers this year, with commercial lines satisfaction even posting a 16-point increase from 2021.