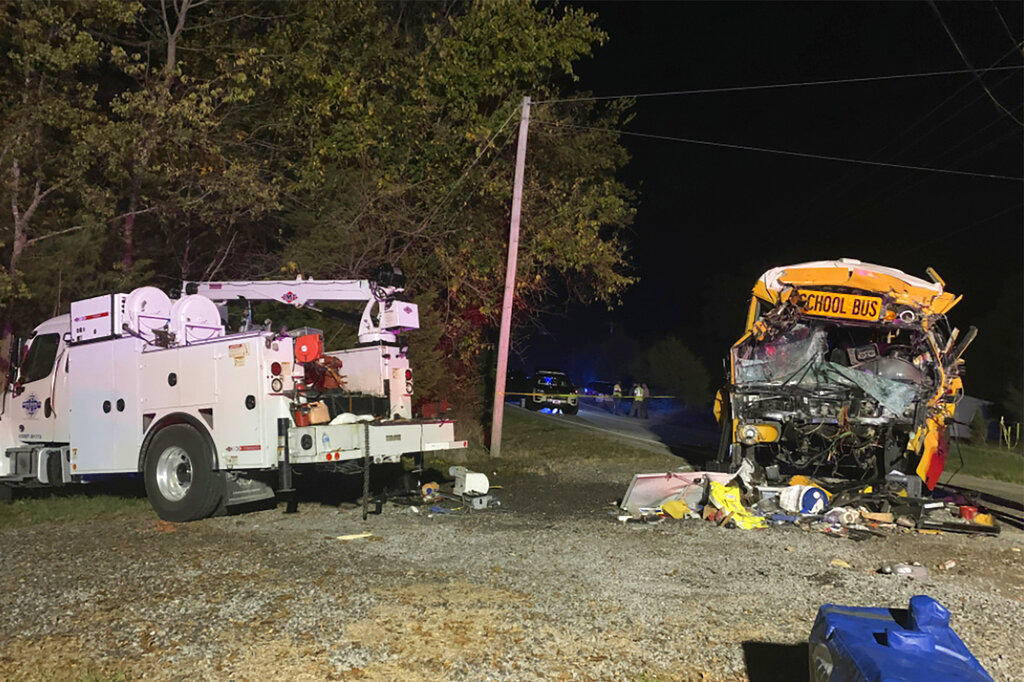 The National Transportation Safety Board on Thursday renewed its call for seat belts on school buses after completing an investigation of a 2020 crash in Tennessee that killed the driver and a 7-year-old girl.

The investigation corroborated an initial report by the Tennessee Highway Patrol on the Oct. 27, 2020, crash.

A Service Electric Company utility truck was travelling northbound on state Highway 58 in Meigs County when its front right tire went off the side of the road. Driver Terry Trammell steered to the left and when the tire reconnected with the pavement, the truck spun counterclockwise, sending his vehicle into the path of the bus and nearly perpendicular to the roadway.

School bus driver Lisa Dillard braked but had no time to avoid the collision, according to the report. Neither vehicle was speeding and the school bus’s brakes had been replaced the previous month. The Safety Board said the probable cause of the wreck was Trammell’s inattention to the road because he was looking in his rearview mirror at a sheriff’s deputy vehicle.

Dillard, 53, was killed in the crash along with a 7-year-old girl who was seated directly behind her, according to the report. Another four children were seriously injured, all of whom were in the first three rows. Dillard, of Birchwood, was wearing her seat belt, but the children’s seats did not have belts. Trammell, of Grandview, was wearing his seat belt and was uninjured.

“This case is a gut-wrenching reminder that failure to act on our recommendations can lead to unimaginable — and preventable — tragedy,” NTSB Chair Jennifer Homendy said in a statement on the report. “School buses are often praised for their safety record, but we’ve become complacent. Children’s lives are at stake.”

The Board on Thursday renewed its 2018 recommendation that states require lap and shoulder belts for all passengers in new, large school buses. Tennessee is among states that do not require seat belts, although the legislature in 2018 set aside $3 million to reimburse school districts for adding seatbelts to new buses or retrofitting older buses. As of fiscal year 2021, almost $827,000 had been awarded to school districts, according to the Safety Board report.

The Board also renewed a 2010 recommendation that lane departure warning systems be required for heavy buses and trucks.

Photo: The scene of the Oct. 27, 2020 crash in Decatur, Tennessee. (Tennessee Highway Patrol via AP, File)