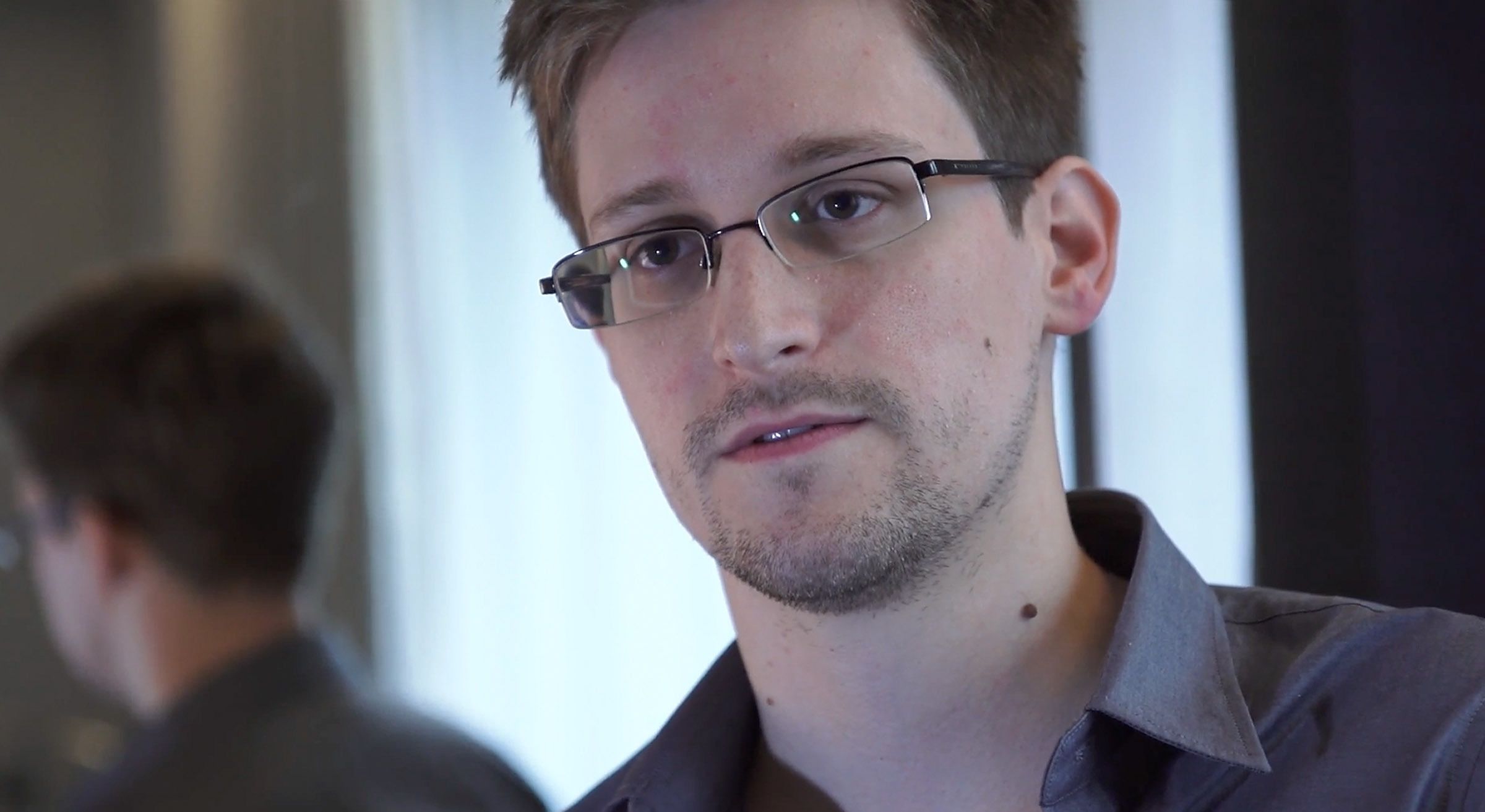 An “experienced” analyst working at the National Security Agency developed a surveillance project about a decade ago that resulted in the unauthorized targeting and collection of private communications of people or organizations in the US, newly unearthed documents show.

An investigation into the matter, which hasn’t been previously reported, found that the analyst “acted with reckless disregard” and violated numerous rules and possibly the law, according to a 2016 report by the NSA’s Office of Inspector General. The agency released the report in response to a Freedom of Information Act lawsuit.

The inspector general’s report sheds new light on unauthorized surveillance and lax oversight at a secretive agency whose global eavesdropping methods have faced intense scrutiny for vacuuming up massive amounts of data — including on Americans, who are protected by US law from being surveilled without authorization. The IG’s investigation unfolded as the first news stories were being published based on leaked classified documents from former NSA contractor Edward Snowden.

The inspector general’s report also reveals how a single analyst was given relatively free rein to develop a surveillance technique that many of his superiors didn’t understand. And it shows the lengths to which whistleblowers inside the agency went to get their allegations taken more seriously. The full report is here.

Many details about the analyst’s project aren’t known. The inspector general deemed the analyst’s action “egregious” in hindsight but noted he got conflicting guidance, told by some officials that his activities were acceptable and told by others to stop. The February 2016 report, which spans more than 400 pages and had been classified top secret, is heavily redacted. It’s not known if the analyst—or anyone else—was held accountable for what the inspector general described as potentially illegal surveillance.

The NSA didn’t respond to specific questions about the report, including whether any action was taken against the analyst. But an NSA spokesperson provided a statement saying that the agency is “fully committed to the rigorous and independent oversight provided by the NSA Inspector General’s Office.”

“The NSA operates in a culture of compliance to ensure that NSA’s foreign intelligence mission is conducted in accordance with all applicable laws, regulations and procedures,” the spokesperson said.

The analyst said he was working on a “SIGDEV” effort, according to the report. That is short for signals intelligence development, aimed at finding and improving new avenues for eavesdropping. Two former NSA officials who reviewed the report told Bloomberg News that he appeared to be developing a new surveillance tool to improve spying methods that had scooped up Americans’ communications. The former officials asked not to be named in order to discuss sensitive intelligence information.

The inspector general’s investigation was sparked by two whistleblowers in May 2013. The analyst was taken aback by criticism of his work and vigorously defended it. Nonetheless, he told an investigator he had “been proceeding with his project in a ‘kind of [by the] seat of the pants’ mode” and that it was “kind of dangerous” and “unknown territory,” according to the report.

The probe began a month before the first news stories appeared based on Snowden’s leaks. Those stories revealed a massive, warrantless program to collect Americans’ phone records, map mobile phone locations worldwide and undermine encryption, and they came out at a time when the agency was already facing criticism for its expansion of surveillance capabilities after the Sept. 11, 2001, terrorist attacks.

There is no indication in the inspector general’s report that the events are related to NSA activities and programs revealed in the Snowden documents, which had been secretly authorized. However, the inspector general’s investigation occurred during a period in which the NSA was under intense pressure to address alleged wrongdoings.

Jon Callas, director of public interest technology at the Electronic Frontier Foundation, a group that defends civil liberties in the digital space, said the episode showed “there was loud and vocal dissent inside the agency.”

Noting failings of NSA oversight, Callas said the report also “appeared to show the NSA’s internal systems had permitted whistleblowers to object when they found irregularities.”

Provided an oral summary of the report’s findings, retired Gen. Keith Alexander, who was director of the NSA from 2005 to 2014, told Bloomberg News, “99.99% of the people at the NSA are trying to do the right thing. When somebody does the wrong thing, we find them, and we hold them accountable.”

Snowden, who reviewed the report, said through his lawyer that the subject of the investigation clearly violated the law and the US Constitution. “When I said in 2013 that while I was at the NSA I could pull the communications of anyone who passed through our net—including Americans—officials hotly contested the claim and a lot of folks believed them,” he said. “But it was true, as the NSA itself secretly acknowledges.”

“Defenders of broad surveillance authorities always insist that Americans don’t have to worry because our intelligence agencies are tightly constrained by law and policy,” Snowden added. “But time and again we’ve seen that when laws are violated and powers are abused, no one is held legally accountable.”

The NSA is primarily responsible for conducting foreign eavesdropping but can sometimes conduct such surveillance inside the US with a valid court order from the Foreign Intelligence Surveillance Court, known as FISA court, or approval from senior government officials.

The inspector general’s investigation found that the NSA analyst didn’t have a valid court order or other authorization to conduct his classified work.

The redacted report didn’t provide the name of the analyst. The identities of the whistleblowers and most of the other people involved in the probe were also withheld.

In remarks to an investigator, the analyst said the foreign intelligence purpose behind his new technique was to “make the collection system healthier, the analytic process richer and the system more efficient.”

The inspector general found that by allegedly targeting Americans’ communications without authorization and failing to flag the issue, the analyst violated several of the NSA’s bedrock rules and may have violated the law—specifically provisions of the Foreign Intelligence Surveillance Act that refer to spying on Americans on home soil and abroad.

Those conclusions were reported to the signals intelligence division, the NSA general counsel’s office and other NSA offices for further action.

Senator Ron Wyden, who is on the Senate Intelligence Committee and has spearheaded surveillance reforms, told Bloomberg News in a statement: “This report further confirms that intelligence agencies sometimes commit abuses and violations.”

Wyden, a Democrat from Oregon, has been pressing intelligence officials for details on its surveillance methods for years, including during a congressional hearing on March 12, 2013, just before the allegations against the analyst were first raised.

In that hearing, Wyden asked then-Director of National Intelligence James Clapper if the NSA was collecting “any type of data at all on millions or hundreds of millions of Americans.”

“No sir,” Clapper responded, in comments he later admitted were misleading. “Not wittingly.”

Reached for comment, Clapper said he had no knowledge of the case. But he said it illustrates the challenges the NSA faces in balancing intelligence collection with the protection of Americans’ civil liberties and privacy.

Less than two weeks before Clapper’s testimony, concerns about the analyst’s work were raised by a colleague. In an email that is attached to the inspector general’s report and heavily redacted, the analyst responded that his management was aware of what he is doing and dismissed the accusations as “purely hypothetical.”

“How is my allegation purely hypothetical?” the colleague responded, adding, “Our duty is DO NO HARM.”

Over the next two months, one of the whistleblowers, a global network analyst, exchanged a flurry of emails and phone calls with NSA officials reiterating concerns about the analyst’s project. That person was told there wasn’t enough hard evidence to back up the claims.

Frustrated by the inaction, in early May, the global network analyst and a colleague took their concerns to NSA’s inspector general, according to the report. “We believe that since October 2011 he has collected or attempted to collect a large volume of phone numbers without any foreign intelligence purpose,” the whistleblowers explained and detailed additional concerns, some of which were redacted.

The analyst took umbrage with colleagues who reported his actions, saying they came to him only after filing a complaint. “Some colleagues, eh?”

“I did not suddenly, or ever, decide to intentionally target US [redacted] persons,” the analyst wrote in a June 26, 2013 email, when questioned about his surveillance project. “This is a complicated process because the [redacted] world has become far more complicated than what it was in the old [redacted] days.”

On Feb. 12, 2016, then NSA Inspector General George Ellard sent a five-page memo to the director of the NSA’s signals intelligence office that characterized the analyst’s work as potentially illegal. The letter included recommendations to address the matter, which were redacted. As a result, it’s unclear what actions may have been taken.

While it’s not clear what happened to the analyst, he did make his feelings known about the allegations against him.

“Well now I know better,” he wrote to investigators. “I have NO intention of getting involved in this again. Period.”