News Analysis: Duck Creek is a Private Company Once Again 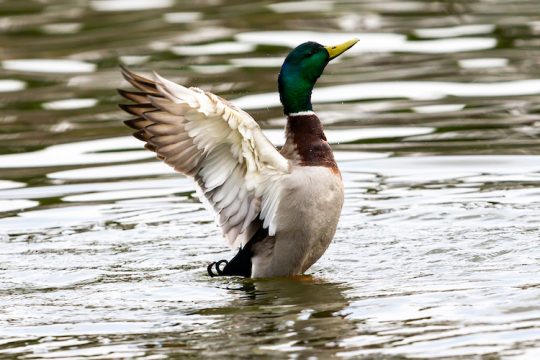 Early last week Duck Creek Technologies (Boston) announced that it had agreed to be acquired by Vista Equity Partners, an Austin, Texas-based global private equity firm, for $19 per share in an all-cash transaction. Interesting enough as the latest, greatest deal in insurance core systems, it was notable as an example of a major vendor reverting to private ownership after its IPO.

From humble roots as a rating engine vendor offering a best-of-breed option, Duck Creek has grown into a top-three property/casualty core system provider, along with Guidewire Software (San Mateo, Calif.) and Insurity (Hartford). Duck Creek has been a contender for top-tier insurers, and became a recurring revenue machine, with an early embrace of the Software-As-A-Service (SaaS) subscription model, that, including support, constitutes 59 percent of total revenues, according to Ellen Carney, Principal Analyst, Forrester Research (Cambridge, Mass.).

“And unlike a lot of mired-in-debt start-ups, DCT had none,” observes Carney. “It was also sitting on cash:  $155.3 million in cash and cash equivalents, plus nearly $118 million in short-term investments, as of August 2020 fiscal year end.”

However, Duck Creek had run into some headwinds, Carney adds. “Its stock price has tanked, down to a low of $10.24 on Nov. 11, 2022, from the heady days of its August 2020 IPO, when its $27 opening share price bounced up to $42,” she says. “However, the bigger problem is Duck Creek’s operational expenses, which have driven consistent losses for the firm. Its G&A expenses were more than $67 million or 37 percent of total expenses, and considerably higher than sales and marketing and R&D spend. ”

The return to private ownership in the face of operational and market challenges has its precedents, in the P&C systems sphere as elsewhere. Majesco, an insurance core system provider that plays in both the property/casualty and life & annuities/pensions/health sectors, reverted to private ownership in mid-2020, as the result of its acquisition by Thoma Bravo, L.P., a Chicago-based private equity. Majesco was originally listed on the New York Stock Exchange in 2015.

“It’s never easy when a growth company’s growth slows and there is no profit model,” comments Adam Elster, CEO, Majesco. “PE firms are good at driving real profit, but it can be very hard on the management team, employees and customers.”

Vista Equity Partners has a reputation for cost-cutting, which Forrester’s Carney says is prominent in the Vista playbook. “Count on relocations to less costly digs and real estate markets that will trickle down to reduce labor, recruiting costs, and taxes; reductions in force; and aggressive vendor management,” she says.

In addition to some needed austerity implied by Duck Creek’s acquisition by Vista Equity Partners , there are important advantages to becoming privately held, according to Karlyn Carnahan,head of analyst firm Celent’s (Boston) America’s Property/Casualty practice.

“There are some great advantages to being privately held, especially for core systems vendors that tend to have lumpy sales both as they sign large new deals, and as they move to cloud deployments.” she says. “Wall Street typically demands short term performance to keep the stock prices high. So the ability to invest for the long term without being held captive to quarterly earnings performance pressures allows Duck Creek to make some longer term strategic investments.”

Being privately held allows a company to make strategic choices that are not tied to what the market thinks, Carnahan elaborates. “It allows them to maintain their strategy, make longer term investments, and of course, it relieves them from the pressures–and costs–of quarterly reporting and all the regulatory aspects of being a public company,” she says. “Being privately held provides a bit more freedom, but it can be more difficult to raise capital when needed. This is when having an owner with deep pockets and knowledge of the business helps as they can still access capital as needed.”

Duck Creek to be Acquired for $2.6B by Vista Equity Partners