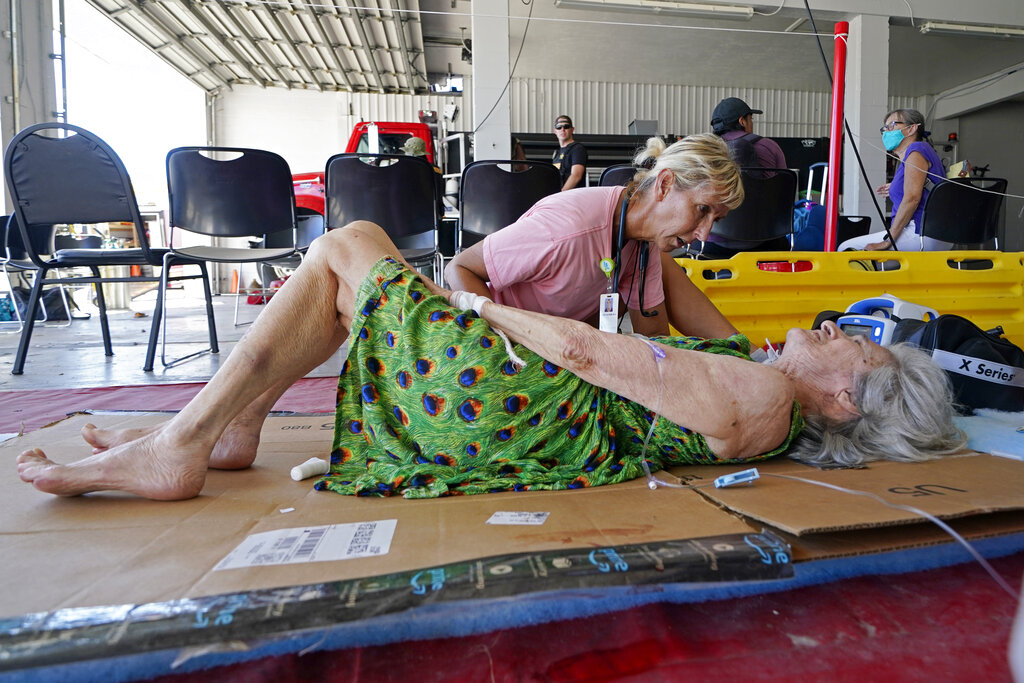 When Hurricane Ian struck Florida’s Gulf Coast, it washed out the bottom level of David Muench’s home on the barrier island of Sanibel along with several cars, a Harley-Davidson and a boat.

His parents’ house was among those destroyed by the storm that killed at least two people there, and the lone bridge to the crescent-shaped island collapsed, cutting off access by car to the mainland for its 6,300 residents.

Hurricane Ian underscores the vulnerability of the nation’s barrier islands and the increasing costs of people living on the thin strips of land that parallel the coast. As hurricanes become more destructive, experts question whether such exposed communities can keep rebuilding in the face of climate change.

“This is a Hurricane Katrina-scale event, where you’re having to rebuild everything, including the infrastructure,” said Jesse M. Keenan, a real estate professor at Tulane University’s School of Architecture. “We can’t build back everything to what it was _ we can’t afford that.”

Ian slammed into southwest Florida as a Category 4 hurricane Wednesday with among the highest windspeeds in U.S. history _ in nearly the same spot where Hurricane Charley, also a Category 4, caused major damage in 2004.

The latest storm has initiated a new cycle of damage and repair on Sanibel that’s played out on many other barrier islands, from the New Jersey shore and North Carolina’s Outer Banks to a ribbon of land along the Louisiana coast.

Barrier islands were never an ideal place for development, experts say. They typically form as waves deposit sediment off the mainland. And they move based on weather patterns and other ocean forces. Some even disappear.

Building on the islands and holding them in place with beach replenishment programs just makes them more vulnerable to destruction because they can no longer move, according to experts.

“They move at the whims of the storms,” said Anna Linhoss, a professor of biosystems engineering at Auburn University. “And if you build on them, you’re just waiting for a storm to take them away.”

After devastating parts Florida, Ian made landfall again in South Carolina, where Pawleys Island was among the hardest hit places. Friday’s winds and rains broke apart the barrier island’s main pier, one of several in the state to crumble and wash away.

On Saturday, homeowners in the beach community about 73 miles (120 kilometers) up the coast from Charleston struggled to assess damage from storm. The causeways connecting the island to the mainland were strewn with palm fronds, pine needles and even a kayak retrieved from a nearby shoreline. The intercoastal waterway was littered with the remnants of several boat houses torn apart and knocked off their pilings in the storm.

Like Pawleys Island, many barrier island communities anchor long-entrenched tourist economies, which are often the source of crucial tax dollars. At the same time, the cost of rebuilding them is often high because they’re home to many expensive properties, such as vacation homes.

“When there’s a disaster like this, we will pour tens of billions of public dollars into these communities to help them rebuild,” said Robert S. Young, director of the Program for the Study of Developed Shorelines, which is a joint venture between Duke University and Western Carolina University.

“And we will ask very little for that money in return in terms of taking a step back from places that are incredibly exposed to hazards and making sure that we never have this kind of a disaster again,” Young said.

But any big changes to the standard disaster response will be complicated, said Dawn Shirreffs, Florida director of the Environmental Defense Fund.

Challenges could include decisions on who participates in programs that elevate flood-prone homes or programs that buy those homes and tear them down. Planting mangroves to prevent erosion could end up blocking someone’s view.

Many homeowners bought their properties before people were fully aware of climate change and the risks of sea-level rise, Shirreffs said.

But Keenan, the Tulane professor, said Sanibel will undoubtedly be changed by Hurricane Ian based on the research he’s done. There will be fewer government resources to help people rebuild. Those with fewer means and who are underinsured will likely move. People with financial means will stay.

“Sanibel will just be an enclave for the ultrawealthy,” Keenan said.

But Muench, the Sanibel resident, said homeowners and business owners are sure to rebuild their properties.

His family has owned and operated a campground on the island for three generations. The island, he said, is “paradise _ we live in the most beautiful place on Earth.”

“We are going to continue to exist on Sanibel,” Muench, 52, said from Fort Myers on Friday after evacuating Sanibel. “Give us five years, and you might not even notice if you didn’t know.”

Photo: Physician Karen Calkins tends to Mona Guibord, 94, as she waits to be evacuated from Pine Island, Florida, in the aftermath of Hurricane Ian on Saturday, Oct. 1, 2022. The only bridge to the island is heavily damaged so it can only be reached by boat or air. (AP Photo/Gerald Herbert)