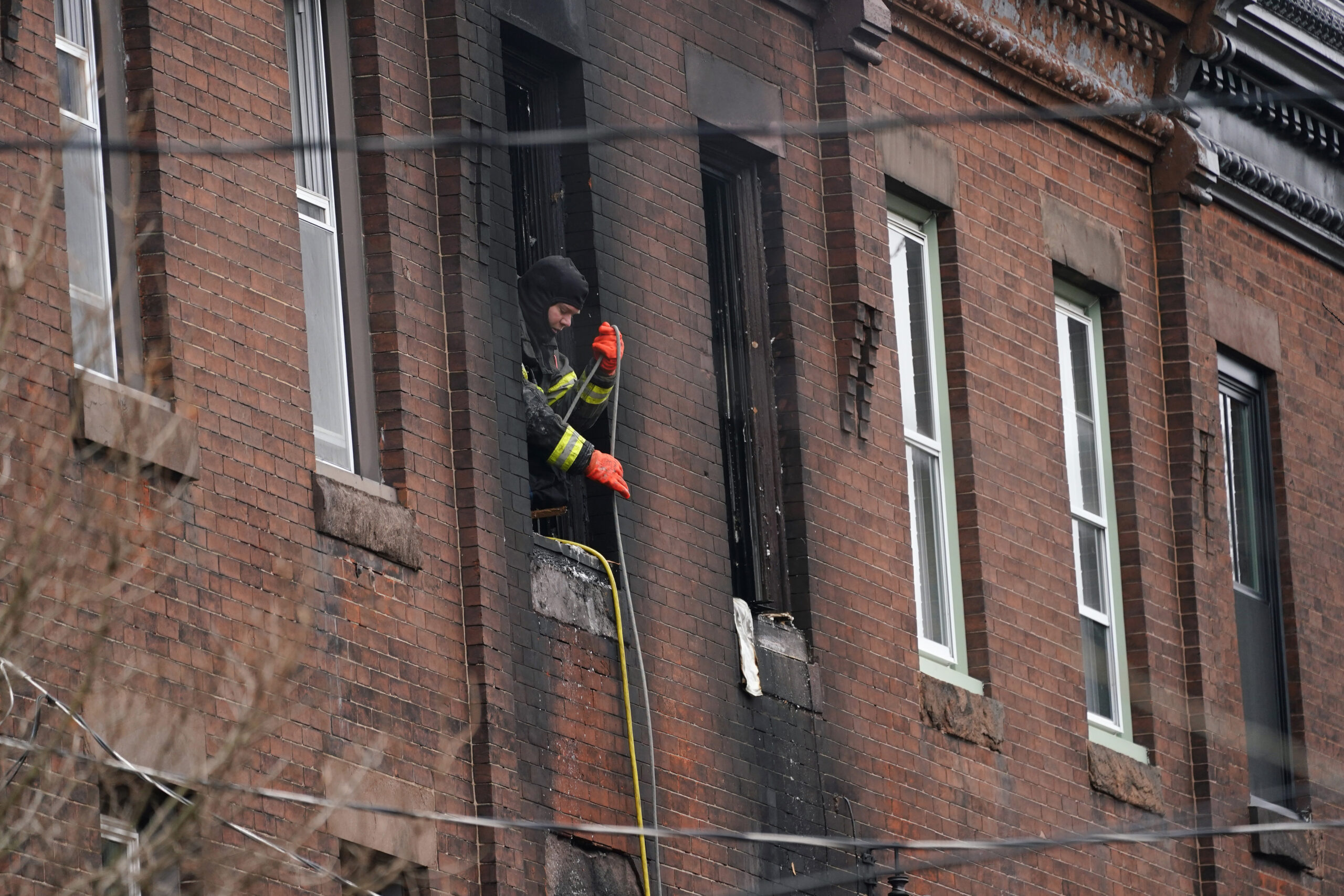 Fires feeding off modern materials found in people’s homes are burning faster and becoming deadlier at the same time that fire departments across the country are struggling to retain and recruit firefighters, officials said Thursday.

Officials with various firefighting-related agencies were in Washington to call attention to fire-related problems roughly a year after two deadly fires days apart in 2022 – one in Philadelphia and one in New York – killed 29 people. They’re also recommending a number of ways to deal with the problem.

“America is still burning,” she said.

The number of fires being reported to fire departments has been going down, said Steve Kerber, the Vice President and Executive Director of the Fire Safety Research Institute, but the fires that do happen are fueled by greater use of synthetic materials in everyday items like couches and as a result burn much more quickly. Faster fires lessen the time residents can escape and fire departments can respond, Kerber said. Over the last decade fire deaths have increased by 30%, he said.

Decades ago it would likely take half an hour for a room to be completely consumed with fire, he said. But now, with materials widely used in homes, that can happen in as little as three minutes. At the same time, Americans are increasingly bringing into their homes things like scooters or electric bikes that use lithium ion batteries. If one of those is damaged and starts to burn it can become an explosive fire in seconds, he said.

“Today you have the least amount of time to safely exit your home than any time in history,” Kerber said.

At the same time, volunteer and paid fire departments around the country are struggling to retain or recruit firefighters.

Eric Bernard, board of the National Volunteer Fire Council and a volunteer firefighter in Maryland, said many volunteer fire organizations in big states such as Pennsylvania or New York have seen a steady decline in members since the 1980s. But since the pandemic there has been a “massive” drop in people who want to join both volunteer and career fire departments, he said, and more firefighters are retiring. Bernard attributed that to the stress of going on calls during the pandemic, when firefighters would often be the ones going into the homes of very sick patients and taking them to the hospital.

“That fatigue and that exhaustion physically, mentally, has caused many of the career people to retire, retire early,” Bernard said, adding, “We have health issues, mental health, post-traumatic stress and members that catch COVID.”

Fire officials are making a number of recommendations to solve the problems, including creating an apprenticeship program to address the firefighter shortages and help diversify the ranks of firefighters; helping prepare and equip all firefighters to deal with wildfires driven by climate change; implementing and enforcing building codes; and making sure affordable housing meets safety standards. They’re also advocating for suicide prevention initiatives and a comprehensive strategy to battle cancer in firefighters.

Photo: A Philadelphia firefighter works at the scene of a deadly row house fire, Jan. 5, 2022, in the Fairmount neighborhood of Philadelphia. Fires feeding off modern materials found in people’s homes are burning faster and becoming more deadly at the same time that fire departments across the country are struggling to retain and recruit firefighters. (AP Photo/Matt Rourke, File)