Clearcover’s Growth Leads to Opening of New Offices in Detroit 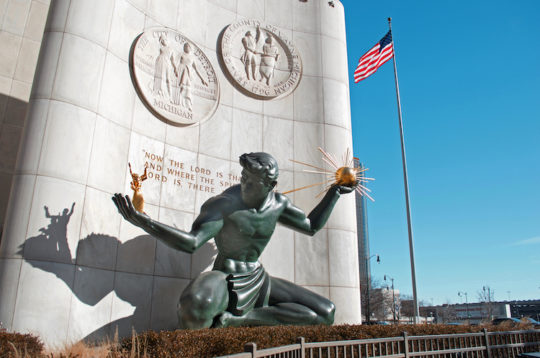 Clearcover, a digital auto insurance startup underwriting in nine states and operating as an MGA in California, chose Chicago as its headquarters because of proximity to talent—specifically the concentration of industry expertise related to the presence of Allstate, State Farm, Kemper, Aon, and other insurance companies in the city and other parts of Illinois. As the growth of the startup has required opening a second major office, the company has once again gone where the talent is—and where local government is focused on developing insurance industry culture. The Midwestern city of choice for Clearcover’s second office is Detroit.

To get a deeper look at why Clearcover was ready to open a new office, and why it chose Michigan, we caught up with the company’s CEO Kyle Nakatsuji.

Insurance Innovation Reporter: Tell us a little about Clearcover’s continued success, and how that relates to the need to expand into a new location. 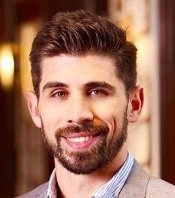 Kyle Nakatsuji, CEO, Clearcover: In January, we closed a $50 million Series C, funding round allowing the company to eclipse the $100 million mark in total funding since our founding in 2016. Clearcover also recorded sales growth of 120 percent year-over-year in Q2 of 2020 and is rapidly approaching the $100 million run-rate milestone.

In addition to financial growth, Clearcover continues to build momentum by hiring upwards of 80 new full-time employees since March. This includes the expansion of our C-Suite in August, with the hiring of a new CFO and CIO. That growth also includes the announcement of a plan to establish a second presence in the city of Detroit, which will create up to 300 high-wage jobs, including in the customer experience and claims teams.

Also, in an effort to create better insurance experiences for our customers, we recently launched Clear Claims, which advances our digital claims process. It is now possible for customers to have payment issued on eligible claims in as little as 13 minutes of submission. This is an industry-leading claim adjustment turnaround time. Clear Claims is the first of many enhancements we are building into our claims experience that will change the way people think about filing a claim.

IIR: Once Clearcover decided it needed to expand into new offices, what criteria did you identify for a suitable location and how did you go about finding one?

KN: We conducted a national search and received compelling incentive offers from other Midwestern cities, but what stood apart for us about Michigan was Detroit’s people. We discovered that the people of Detroit not only have the unique talents that we look for, but the Detroit community also embodies many of the core values that we strive to operate by every single day. We want our second talent location to be an extension and enhancement of our culture. For this reason, we are committed to metro Detroit and, more specifically, are prioritizing Detroiters over those in the suburbs. We want the people of Detroit to make us better, and we think we have exciting career opportunities to offer in return.

IIR: What other factors might have tipped the scales in terms of the talent Clearcover needed, and what you knew about the possibilities of finding it in Michigan and Detroit specifically?

KN: Our Head of Customer Experience, Heidi Craun, is a native Michigander and an advocate for the untapped and unrecognized talent in the city of Detroit. As a result, we are committed to hiring all of our Customer Experience department’s roles in Detroit. These CX roles span a variety of teams, including sales, underwriting, CX quality assurance, and technical support. Outside of CX, we’re also hiring in Claims in metro Detroit and are looking at product and engineering candidates there as well. We have already hired over a dozen people, plus we have several jobs posted on our careers website.

IIR: What other benefits reinforced Clearcover’s inclination toward Michigan? What incentives did the state offer to encourage your decision?

KN: Clearcover was awarded nearly $4 million in state incentives from the Michigan Strategic Fund Board. This includes a $3.5 million Michigan Business Development Program grant and a $400,000 Jobs Ready Michigan Program grant. We are also working with Detroit at Work and Detroit Economic Growth Corporation to ensure that our job postings are reaching qualified candidates in Detroit.

IIR: How important was it to expand to another Midwestern city? Does Clearcover think of itself as a Midwestern company?

KN: When launching our company, we had a choice about where to locate our headquarters. We went through an analysis and tried to find the best overlap between a market where we could find world-class tech talent, great insurance talent, and where we could raise a lot of capital. It boiled down to Chicago and the east or west coasts. Chicago won on better access to all the insurance talent from Allstate, State Farm, Kemper, Aon, and other insurance companies here. Not to mention that elsewhere in the Midwest are great insurance companies such as Progressive and Nationwide. Now, we are excited to establish our second presence in the city of Detroit, which is home to a lot of direct-to-consumer talent. We love that we are able to take advantage of that to the benefit of our customers, all while further building on our Midwestern roots.