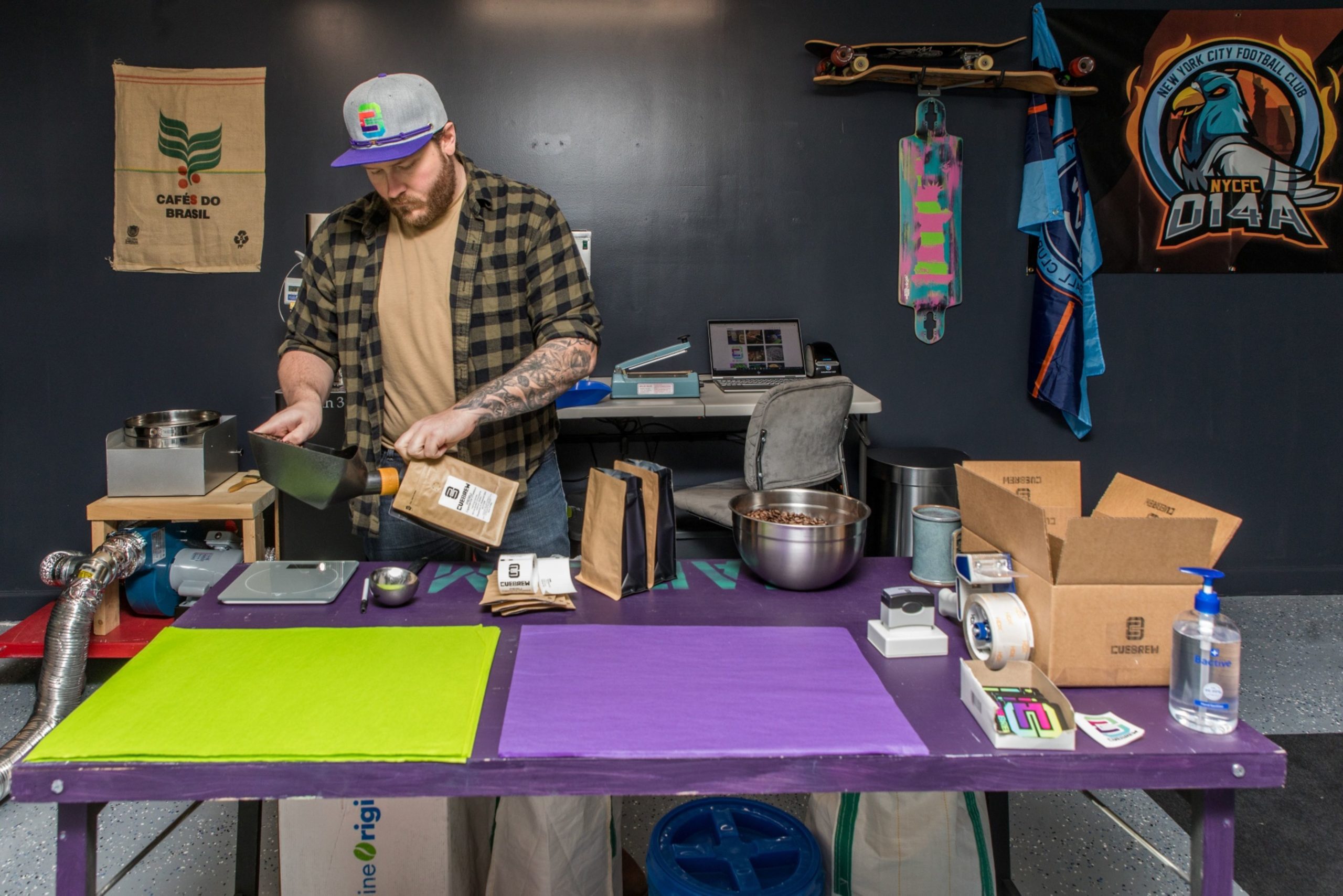 The surge of U.S. business formations in the back half of 2020 has been one of the pandemic’s many surprises.

After cratering by 30% in the weeks following the March lockdowns, paperwork filed by prospective businesses started growing in June and finished the year ahead of 2019’s tally by almost a quarter, according to a U.S. Census Bureau analysis of federal tax documents.

It was the highest annual total on record, according to John Haltiwanger, an economist at the University of Maryland.

The upswing in entrepreneurship comes against the backdrop of mass closures of established small businesses as the coronavirus lockdowns shuttered shops and kept people at home. The National Restaurant Association estimates that 17% of U.S. restaurants — or about 110,000 establishments — have closed either permanently or for the long term.

At the same time the pandemic has accelerated the shift toward online shopping. About a third of the increase in new business applications comes from those planning online and other “non-store” retailers, reflecting how people can build a website and start selling in a matter of days. The phenomenon is providing a lifeline for people when the national unemployment rate, at 6.7%, has almost doubled from February.

In the suburbs of north Atlanta, Doug McCue turned his passion for roasting coffee beans into e-tailer CueBrew Coffee Roasters in May when he couldn’t land full-time work after moving from New York in 2019. For now, he’s only making 10% of what he earned working in luxury retailing, although his business is building.

“At the beginning, it took some courage to say, ‘OK, this is what I’m going to be doing,’ versus, ‘Let me fall back to what I’ve done before,’” McCue said.

The phenomenon is lessening some of the pandemic’s blow to the labor market and giving the newly unemployed a chance to make back some of their lost income, Haltiwanger said. “We are still down 10 million jobs through all this, but I think this startup activity is starting to whittle away at it,” Haltiwanger said.

Surprising some economists, entrepreneurs applied to the Internal Revenue Service for 4.3 million Employer Identification Numbers in 2020, up 24% over the same period in 2019 despite the spring shutdowns. While that includes many sole proprietors, economists are encouraged by a subset of those IRS filings classified as “high-propensity” applications, which have characteristics suggesting the future businesses will have employees. They rose 16% in 2020.

Overall, the nation saw about 600,000 more business applications through early October than it did in the same period in 2019, and almost 200,000 of those were in online retailing, according to a breakdown by the U.S. Census Bureau.

“There’s been a real-time evolution of American commerce in response to the virus,” said Kenan Fikri, director of research for the Economic Innovation Group.

Last year’s surge in entrepreneurship was a big departure from the Great Recession more than a decade ago. In 2020, applications for federal employee ID numbers grew for 29 consecutive weeks through year’s end. In 2008, applications only had three weeks of gains at most, according to a new analysis by the Economic Innovation Group.

“The increase in applications to start new businesses is broad-based across sectors,” Fikri said, “but we’re seeing real spikes exactly where you would expect: in the sectors that are experiencing real step-changes in demand, from e-commerce websites to home delivery to truck transportation.”

To be sure, many of the people filing the IRS documents will never get off the ground, and those that do probably will take several months to begin operating, economists caution.

Still, there is reason to think the boom is legitimate, said Barry McCarthy, chief executive officer of the small business services giant Deluxe Corp. A Deluxe unit that helps startup businesses to incorporate was up 10% last year compared to 2019, and its unit that prints checks for small businesses saw a “dramatic” increase in orders, McCarthy said.

In Dallas, Trey Griffin has turned to reselling everything from Harley-Davidson memorabilia to hard-to-find Lego sets since losing his software-industry job in March. Nowadays, he spends his time scouring estate sales and thrift stores looking for items he can make at least triple his money on. He created a limited liability company for his business over the summer.

“It’s not impossible to do this full-time, but it’s a lot of work,” said Griffin, who hasn’t given up searching for a traditional 9-to-5 job.