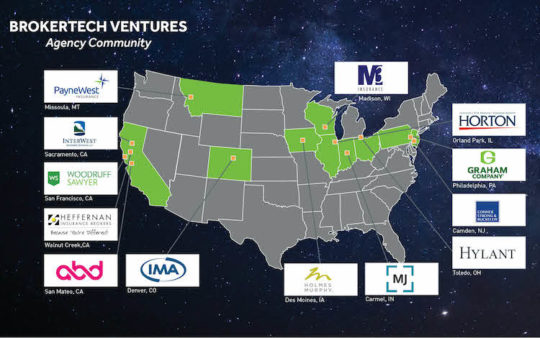 BrokerTech Ventures (BTV; Des Moines, Iowa) carved out a unique niche in the world of insurance startup accelerators both in its focus on distribution technology and its organizational structure and operational model focused on business development. The organization was founded by Dan Keough, Susan Hatten and Ellen Willadsen of Des Moines-based broker Holmes Murphy, along with Mike Victorson, Kacie Conroy and Tom Golden of M3 Insurance, a Madison, Wisc. Based agency. John Jackovin joined the organization in early 2020 to lead the BTV accelerator as Executive Director.  Launched in September 2019, BTV debuted its first cohort of North American startups in Feb. 2020. Despite the exigencies of the pandemic, BTV went on to expand its carrier and distributor partnerships during 2020,  expanding from nine to 24 agency/broker and wholesaler/carrier partners. During 2020 BTV also struck partnerships with other entities, such as the creator of the insurance technology industry’s largest event, InsureTech Connect (ITC) and, most recently, InsurTech Israel and Ayalon Insurance Company (Ramat Gan, Israel) to collaborate in deploying The Israeli Insurtech Accelerator (Tel Aviv). This week BTV announced its 2021 cohort, which this year includes its first European member, remote collaboration platform Surfly, of Amsterdam. We used the occasion of the announcement as a pretext for a conversation with John Jackovin, Executive Director of the BTV Accelerator, to see how the organization has prospered despite the pandemic, what it sees as its successes to date, and what its plans are for the future. Insurance Innovation Reporter: Tell us a little about the genesis of BTV back in 2019.

John Jackovin, Executive Director, BTV Accelerator: The idea goes back a few years ago as an idea of Mark Victorson of M3 Insurance about how distributors could get closer to startups impacting the insurance industry by creating a fund. The idea was then picked up by Dan Keough, Ellen Willadsen and Susan Hatten at Holmes Murphy who were similarly concerned about the need for brokers to have better access to the InsurTech movement. Together they came up with what they call a “Five Towers” approach, including an Accelerator, Early-Stage Investments, Capital, Innovation and Media & Communications.

The accelerator acts as a front door to BTV. Early-stage investments refer to investment opportunities that our partners want to participate in. The Capital tower involves relationships with InsurTech-focused venture capitalists that we feel confident in. Innovation is bringing in other areas of the insurance supply chain to inform direction. Media & Communications is about supporting the entire BTV organization.

Regarding capital, we’re also looking to build out a funding vehicle of our own, potentially later this year. It would be a fund within BTV itself, where the member partners could determine whether they want to be early-stage investors in a particular startup.

IIR: Tell us a little about your background and how you came to be involved in BTV. 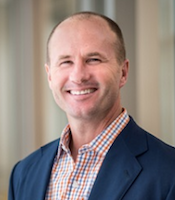 JJ: I’ve been a startup founder and working with other people’s startups. In 2014 I took a company through Techstars in Boulder, Colo. It was a wonderful program, but I was no closer to the customer coming out than I was going in. When I heard what the BTV was doing, curating startups and mashing them together with partners to develop proofs-of-concept and pilots, with customer signups and mentoring opportunities, I thought that was kind of a Holy Grail of what startup founders need. It takes down the barriers to business development, providing these startups with kind of an open freeway to their potential customers. And on the other side, the agencies—even the larger ones—don’t necessarily have a dedicated innovation team that can spend the year studying new and exciting startups. BTV works as a kind of funnel that does that on their behalf, allowing them to gain some technological advantage from what the startups have to offer. It’s really a win/win situation.

IIR: How does the BTV differ from other accelerators in that regard?

JJ: In addition to our focus on insurance distribution-related technology, we’re very focused on business development. Comparing BTV to other accelerators, the front end is similar, but what happens once you get inside the accelerator is very different. Most accelerators are mentor-based in their approach and educational in nature—you’ll sit and listen to people talking about business development and interacting with venture capitalists. Our approach is more like a Match.com for startups and our partners. The partners listen to the startups and then embark on proofs-of-concept or pilots—the core component of our curriculum is getting the technology into our partners’ hands. 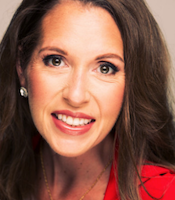 IIR: Your normal operations involve a tremendous amount of personal and organizational interaction. What adjustments have you made in response to the pandemic?

JJ: The pandemic hit right as we were starting our first cohort, so we had to pivot very quickly. We ended up following more or less the same model, but virtually. What we learned was that with virtual interaction you have to be much more deliberate in the frequency and the manner with which you communicate. We quickly realized the impact of not having the usual night before where you could go out and network, or the next day’s follow-up conversations. Realizing that you lose a lot of the accidental interactions that happen in person, we compensated by devising what we called “learn more” sessions, where partners could make decisions about what they would be willing to dedicate more time to.

IIR: What did BTV learn from the pandemic that is likely to continue to be part of how the organization operates?

JJ: In the past there was a sense in the insurance industry that some things had to be done in person. The experience of the pandemic has challenged that. I think it was a watershed moment where people realized that some things don’t have to be done in person. From the startups’ perspective, these are organizations that are running on fumes most of the time and lack the money and staff to do as much in person as might be desired. The change in attitude to meeting in person versus virtually allows startups to do more with less. IIR: How would you measure how successful BTV has been despite the pandemic shaping its first year?

JJ: One way would be the number of partners. When I started in early 2020 there were nine BTV agency partners. Now we have 24 partners—13 agencies and 11 wholesalers and carriers. We’ve had 13 customer signings and 15 pilots, and we’ve had 15 proofs of concept across 13 agencies and 12 startups. Those are fantastic numbers and they demonstrate that what we theoretically believed could happen actually did.

IIR: What would you say constitutes success for your partners? What is their reason for being partners?

JJ: There’s not always a way to quantify it, but everybody who participated initially has reupped. And it’s not just access to the startups, but also what you might call this pre-competitive space where they can share ideas about startups, innovation and technology. IIR: So, if one were to ask a partner what’s in it for them, they might respond that they get access to important discussions about what’s happening in their corner of the industry, they get access to relevant, curated startups and they get a better idea of how to plan the direction and pace of their innovation efforts?

JJ: Yes, there’s the concept of curating technology and being able shape the technologies that come through and ultimately impact brokers and, truly, their entire supply chain.

IIR: What are some next steps for BTV:

JJ: Within the next 10 months or so, you’ll start seeing a dedicated BTV fund, and I think you’ll see some more U.S.- and North America-based expansion when it comes to partnerships. BTV will also continue to look at opportunities to expand outside of the U.S. and North America. I think you’ll also see a more directed and aggressive media and communications approach to bolster what we’re doing at BTV. InsurTechs in 2020: the Rich Got Richer