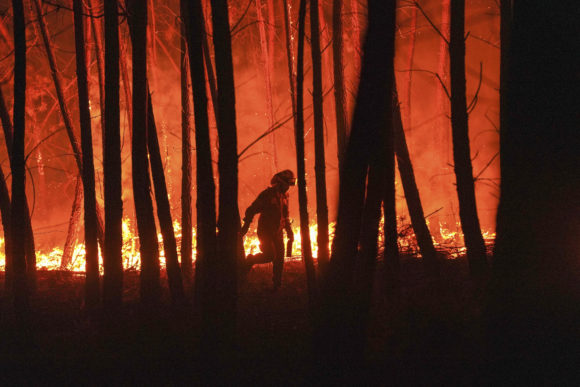 Nancy P. Watkins, a principal and consulting actuary for Milliman, said during a webcast on “home hardening” hosted by the state Department of Insurance that California is one of only three states that doesn’t allow insurers to use catastrophe modeling to determine wildfire risk. Rates must be based on historical losses.

Watkins said that is a “very simple” method of ratemaking. “It’s kind of like expecting the Rocky Mountains to be flat because we just drove through Kansas and Missouri,” she said.

California Insurance Commissioner Ricardo Lara held the Thursday morning webcast to hear opinions on whether using catastrophic modeling in ratemaking will make homeowners’ insurance more affordable, and how wildfire mitigation measures may reduce the spread and risk of future wildfires.

Watkins said a commonly-voiced bugaboo is that catastrophic modeling will give insurers an excuse to raise rates. She said nothing in the nature of predictive modeling causes rates to increase. In fact, she said a flood-risk model that Milliman developed for the state of North Carolina reduced flood-insurance rates for 94% of homeowners when compared to the National Flood Insurance Program.

She said catastrophic modeling is widely used for calculating earthquake and hurricane risks. Only California, New York and Georgia prohibit its use to determine fire risk. And California is the only state that has a regulation that directs fire risk to be calculated using historical losses, she said.

“The hockey-stick nature of the curve makes it hard to predict,” Young said.

Wildfire risk isn’t spread equally. Young said 60% of the structures inside the LNU Complex fire near Vacaville this August survived the wildfire. Insurance rates based only on historical losses, however, treat all of those structures the same.

Max Moritz, a wildfire specialist for the University of California, Santa Barbara, said in many cases vegetation is left standing after a wildfire; it is the homes that are igniting and spreading the fire through embers.

He said growing losses from wildfires are not inevitable. “Humans can increase or decrease fire risk,” he said.

“There’s a striking number of fires that begin in the attic,” he said. “Those vent covers for the entire house may cost $200.” He said wooden fences can act as wicks as they carry fire to a house. Fire-proof materials are only moderately more expensive.and Georgia prohibit its use to determine fire risk. And California is the only state that has a regulation that directs fire risk to be calculated using historical losses, she said.

California’s Mediterranean climate — wet winters, dry summers — has always brought with it a greater fire risk. Shelly Yerkes, a senior professional for Core Logic, said when she was growing up in San Diego there were fires in the “back country” nearly every year that caused little damage. But now there are 7 million homes in the California wildland-urban interface, that region where suburban homes mix with native vegetation. The suburbs butt up against dry brush in the south, towering forests in the north.

Yerkes said actuaries can calculate credits for specific actions that reduce risk when calculating rates. “We have the science to credibly measure the wildfire risk in California,” she said.

Commissioner Lara said when announcing the meeting that he intends to “take further regulatory actins that will allow homeowners to find and keep their residential property insurance while enhancing competition and availability in the insurance market.”

“I want to hear evidence about how data and modeling can help consumers – particularly by expanding access to insurance for rural and wildland-urban interface communities that have been hit hard by the increase in non-renewals,” he said during the webcast.

Deputy Insurance Commissioner Michael Soller said in an email that Lara has “existing authority to pursue several administrative actions to promote the availability of insurance and a competitive insurance market under Proposition 103, passed by voters in 1988.”

Vanessa Wells, an attorney with Hogan Lovells in Menlo Park, said past insurance commissioners have considered interpreting the existing regulations to allow insurers to use catastrophic modeling to supplement historical data.

“The Commissioner certainly can do so if he chooses,” she said in an email. “My feeling, however, is that it is more likely that he will adopt a new regulation rather than interpreting 2644.5.”


Sams is editor of ClaimsJournal.com, the online resource and daily newsletter for property/casualty insurance claims professionals. ClaimsJournal is a member of the Wells Media Group. Sams can be reached at [email protected] More from Jim Sams